When one of his colleagues expressed sympathy to Edison for not seeing results in his many failed experiments, he’s quoted as saying, “Results! Why, man, I have gotten a lot of results! I know several thousand things that won’t work.”

It’s so easy to get down about failures in life — and when I think about how many failures I’ve had just putting this website up or writing my books… well, yeah, I get it. I think girls (and even women like me) are especially hard on ourselves as far as perfectionism and failures go. But lately, and probably because of this book, I’ve been trying to think of failures in a different light. I’ve been trying to just brush them off as knowledge, as in “Oh good. I know that doesn’t work. Let’s try something else.”

As it turns out, I don’t need to take them personally, suck them into my being, or use them as an ugly stick that I beat myself over the head with time and time again… Go figure. When you think of them as a learning tool, they’re actually not that bad.

So I guess, if even one person gets that message from this book, then it’s completely worth it. Don’t spend your life regretting failure. Failure is supposed to happen — how can you know what will work if you don’t also know what won’t?

2015 was the year I started as a children’s book author, and it’s been amazing. I’m a shy person so putting myself […] 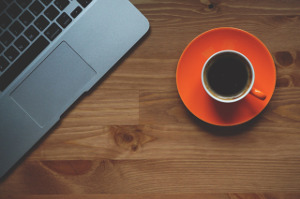 It was a nice surprise to wake up and see that I had three new wonderful reviews for June on Amazon. The mere fact […]

What I love the best about writing The Time Machine Girls series is the history. Because history is such a huge subject, […]