I know. I said I was going to have the fourth Time Machine Girls book released sometime in September, and that time has come and gone, and the book isn’t out yet. To quote one of my favorite characters, “Ugh!”

The book is in its editing phases, but I also have so many other things I need to do before I release it. You see, I want to run a big promotion with the release of this book. I’m hoping I can maybe, just maybe, (dare a girl to dream) start gaining a little more momentum with the series. To give you an idea of my workload, that means new covers for both print and ebooks, new descriptions, revamping the website… I’m a one-woman show and I’ve gotta start singing my heart out over here.

So I apologize for missing the deadline. To make it up to you, I’m going to put the next book on sale for 99 cents the first week it’s released. I’ll post here and send an email out to my list to let you know when that is. Very soon, though. I promise.

Meanwhile, here’s a look at the new cover for Secrets I’ve been working on. My sister actually approves this time, so maybe the apples-oranges debate is over. 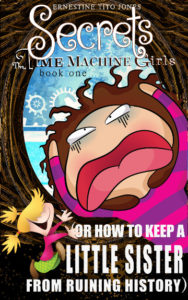 Books are one of my favorite Christmas gifts to give (and receive) because they last longer than a movie, jumpstart imaginations and creativity, […] 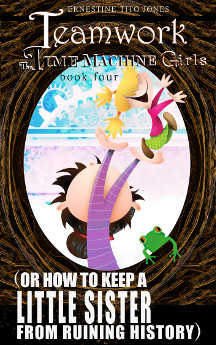 I finally pushed “publish” on the fourth Time Machine Girls book today, so it should be available as soon as Amazon and […]

The third book in the Time Machine Girls series is finally out! It’s called Courage, and in it, Hazel and Bess find out what […]