I love history, and writing the Time Machine Girls series gives me an excuse to explore parts of it that I didn’t really understand in school. The third book in the series is particularly like that for me. In it, the girls go back in time to visit a station on the Underground Railroad. I know this is a sensitive subject. So I wanted to make sure I didn’t use any language that might be scary to kids or that might offend anyone. But I also felt that because of the whole “don’t really talk about it” feelings we have about slavery, the Underground Railroad can become confusing in history books. And I’ll admit it. I was confused about it as a kid. I thought the Underground Railroad was a real railroad. (But then, my dad was an engineer, and I thought he worked on a railroad too. So the confused part might just have been me.)

Anyway, the book is titled Courage because it takes a lot of courage to stand up to your peers and go against society in order to help people when you know it’s the right thing to do. I hope kids who read it will come away with a basic understanding of the hardship and courage the people on the Underground Railroad took to do what they did, how it was important to go against the law in order to change the law, and I also hope they come away knowing the importance of empathy and social responsibility.

But if all that fails, I just hope it’s entertaining!

My youngest daughter is busy writing and illustrating a book about her life, which at age six, is just as cute as […] 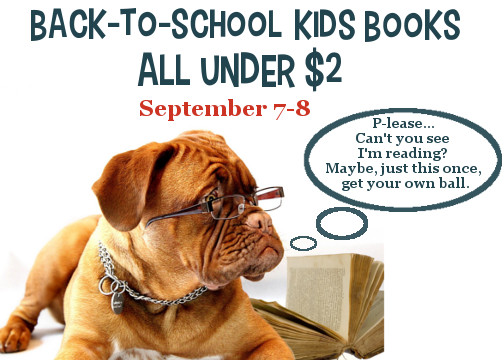 I’m very excited that Secrets was selected to be a part of this back-to-school promo with so many amazing indie children’s book authors. September […]

#NoShame Here’s the whole story: When I picked my 7-year-old up from school this past Tuesday, I was shocked when she told me […]